We live in a world that is often frantic, and nearly always fragmented.

Especially in 2014 America, simply managing and staying on top of all the communications to and from one’s smartphone, social media networks and email addresses can sometimes seem like directing air traffic in a bustling airport.

Well, maybe not that overwhelming. But you catch our drift.

Without even beginning to open the Modern Day Pandora’s Box that is one’s smartphone, and without even diving into the voluminous outpouring of posts, messages, arguments, insults and various other communications that transpire daily over websites and social media networks like Facebook, Twitter and Instagram, let’s pause for a moment to take a closer look at…

And let’s consider the fact that on a given day in 2014, some 82.6 billion consumer emails are sent and received worldwide.

At least that’s what The Radicati Group estimates in a new report – a report that also predicts that number will decrease fairly drastically in coming years, to the point that “only” 74.5 billion consumer emails will be sent and received globally each day by the end of 2017.

Some other interesting findings and figures from the report:

*Email ranks as the “go-to form of communication” in the business world. In 2013, business email accounts total 929 million mailboxes. This figure is anticipated to grow at an average annual growth rate of about 5% over the next four years, and reach more than 1.1 billion by the end of 2017.

*The majority of business email accounts are currently deployed on-premises. But over the next four years, adoption of cloud business email services, particularly Google Apps and Microsoft Office 365, is expected to dramatically increase.

*Unlike business email traffic, consumer email traffic is expected to decrease over the next four years. Despite a growing number of consumer email accounts and users, consumers are now choosing to utilize social networking sites, instant messaging, Mobile IM, and text messaging for immediate communication with family and friends.

*Mobile Instant Messaging (aka IM) is expected to show strong growth over the next four years, primarily due to increased mobile adoption by consumers on a worldwide basis. In 2013, worldwide Mobile IM is predicted to total 460 million accounts.

If consumer emails do indeed decline drastically over the next several years, certainly much of that decline will be due to increased adoption of (and maybe even addiction to or obsession with) social media platforms and other forms of  communication like IM.

Some of the decline may also be due to the rise in popularity and usage of email reduction and consolidation platforms and programs like Unroll.Me. We previously blogged about this helpful and increasingly successful email consolidation program, and apparently we’re far from the only ones to find a nice measure of relief from Unroll.Me, which lets its users “roll up” all their email subscriptions into one clean, efficient, easy-to-read and browse list. Perhaps best of all, this excellent email management tool is still available entirely free of charge for its users.

Unroll.Me data demonstrates that frustrated and inundated consumers unsubscribed from more than 2.47 million email subscriptions in 2013, with brands like 1-800-Flowers (52.5% unsubscribe rate) and Expedia (45%) amongst the highest and more notable email marketing casualties.

“Inbox overload is a global problem,” said Hedaya. “From a marketer’s perspective, I’d be concerned that, with all of this overload, customers aren’t seeing my content and aren’t getting what they should out of my email marketing plan.”

Even more concerning that a marketer’s message being missed? A consumer actively unsubscribing from that marketer’s email distribution list.

“We believe that unsubscribing means that marketers should take a look at both their content and email frequency,” said Hedaya. “Consumers don’t like to be bombarded with multiple emails from the same marketer multiple times a day. You have to hit a good stride between content and frequency.”

Email scams are also on the rise – and these days, it’s not just your run-of-the-mill, tried-and-true Nigerian Con Artist desperate money-grab scheme.

According to reports, one such scam taking place in Rhode Island recently even had the Rhode Island Division of Taxation warning citizens of a new email scheme targeting taxpayers. Tax Administrator David Sullivan claims the fraudulent emails are originating from a person claiming to be the “Head of Rhode Island Department of Revenue,” feature the subject line “Payment notice” and notify the recipient that they owe penalties for corporate tax.

Sullivan reminded taxpayers that the Division of Taxation sends its billings through the U.S. Postal Service – never by email. He added that the scheme is not limited to Rhode Island, as people in other states have received emails purporting to be from their state’s tax and revenue agency.

One has to wonder just how many people weren’t taken in by this sneaky scam…simply because they never even saw the email. 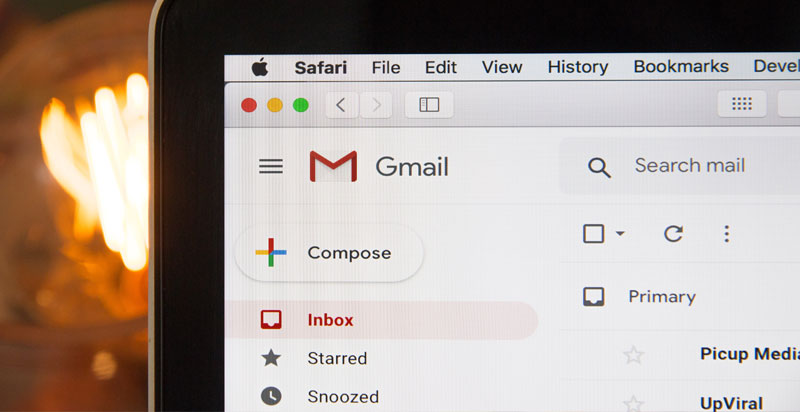